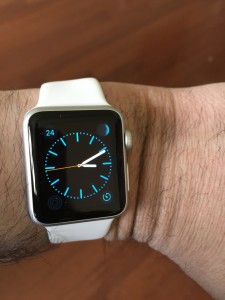 As I expected as soon as the fight was signed, I knew Mayweather was going to win the fight against Pacquiao. Mayweather is in charge of his promotion, and picks and chooses who and when he fights. Mayweather choose to fight Pac man after he got knocked out cold. As you could imagine, no fighter is the same when that happens to them. I even knew that if it went to the judges decision, it would go Floyd’s way because he is in charge. Most boxing enthusiasts do not even rank him top 10 of the all time greatest boxers.

Regardless, it was a record selling pay per view that left millions of people angry that they spent money to watch such a boring fight. I recommend people watch UFC, one reason being is there is not nearly as much politics involved in the sport. Also, I am positive that Ronda Rousey, would win in a street fight Mayweather and Pac man as long as it isn’t 2 on 1.

I saw Keith Olbermann’s rant on Mayweather and his domestic violence history and I said to myself, “He is right.”. When paying for something, you are in a way voting. I decided I was going to skip going to a friend’s house to watch the fight to support someone who has a history way worse than Ray Rice.

Onto to perhaps more interesting news, I have own and use both the top Android and Apple phones. I have the Samsung Galaxy 6 Edge and the iPhone 6 Plus. Android enthusiasts like to claim their phones are better because of the hardware…the Edge has 8 cores and a better screen resolution! To my eyes though, the iPhone 6 Plus screen just looks better to me. Software really makes the phone, not hardware. However, Apple is considered a luxury brand. So most of the top apps will come out on iOS first. I bought the Edge so I can write a version of Instalist for Android. So here is the verdict, it is a tie. Try out both phone’s at the store, and buy whichever one you like more. I wouldn’t consider either one better.

On to the Apple Watch. As many of you may know, I write software, and buy all new devices to write software for. I wasn’t too excited to get an Apple Watch as it only really solves first world problems. However, it does seem pretty convenient, and I am spending less time escaping from the real world, attached to my phone. I also see potential in creating health oriented apps which can’t be a bad thing. One thing that would be interesting to see if hackers hack the Apple Watch so it can be used with Android devices. I would guess that there won’t be much of a movement to get this done as I imagine hackers would not be amazed with the Apple Watch.

I apologize for my rather pessimistic post, but every post can’t be a hit. My goal is to bring up interesting topics no matter what is going on in time. Till next week..