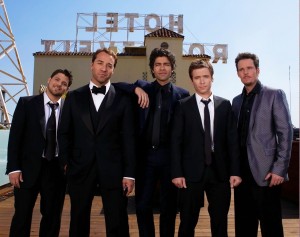 Okay being that this is my company blog, I don’t have any rules as to what I can write about. Besides frustration in Apple Watch / iOS programming, I saw the Entourage movie with my girlfriend last night. Several people have told me, “Hey, you like that guy from Entourage.” I am indeed a fan of the series but you do not have to know the show to understand the movie. However, if you do watch the series, I feel like you would appreciate some of the humor more. Anyway, I expected the show to contain lots of laughs, appeal to the masses, along with a detailed story line. From my girlfriend’s reaction, I can say this, if you are not a fan of the show, or did not like the previews, you will probably not like this movie. For the movie, they seemed to upped the debauchery, upped the crude humor, and increased nudity. Some of it was too much for me to appreciate. I hate New York Time movie reviews that reveal the entire movie (why even watch it) so I promise not to spoil anything. I did end up cracking up towards the end of the movie which had to do with me knowing the characters well. Here is something that only my girlfriend could point out, the kid from the movie, “The Six Sense”, is a pivotal character in the movie. There are tons of cameo appearances from countless celebrities playing themselves, some having no more than a one liner, and others playing a more significant role. I’ll bet fans of the show have compared themselves and their entourage to the characters in the movie. I have a friend in Hoboken who works in sales who is exactly like Ari Gold, who I consider the funniest character.

To wrap things up, Entourage is certainly a bro movie, so unless your girlfriend likes the show, it is probably best to watch it with your friends.